~Review~ Revealing Eden (Save The Pearls #1) by Victoria Foyt 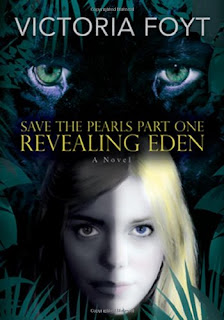 Revealing Eden (Save The Pearls #1) [YA]
By: Victoria Foyt
Publisher: Bookmasters
Released: Jan. 10, 2012
Pages: 307
Blurb:
Eden Newman must mate before her 18th birthday in six months or she'll be left outside to die in a burning world. But who will pick up her mate-option when she's cursed with white skin and a tragically low mate-rate of 15%? In a post-apocalyptic, totalitarian, underground world where class and beauty are defined by resistance to an overheated environment, Eden's coloring brands her as a member of the lowest class, a weak and ugly Pearl. If only she can mate with a dark-skinned Coal from the ruling class, she'll be safe. Just maybe one Coal sees the Real Eden and will be her salvation her co-worker Jamal has begun secretly dating her. But when Eden unwittingly compromises her father's secret biological experiment, she finds herself in the eye of a storm and thrown into the last area of rainforest, a strange and dangerous land. Eden must fight to save her father, who may be humanity's last hope, while standing up to a powerful beast-man she believes is her enemy, despite her overwhelming attraction. Eden must change to survive but only if she can redefine her ideas of beauty and of love, along with a little help from her "adopted aunt" Emily Dickinson.
_____________________
Review:
1st line in the book---> Eden jumped at the sound of approaching steps.
A Fast Paced, Intriguing, Thrill ride that doesn't let you go!!! Set in a dystopian world, Eden is one of the few fair skinned humans that survived the apocalypse. “Pearls” they are called and are the least desirable in a society where dark skins hold beauty and power.
Eden is pale, fair skinned and alone in a world that looks down on her. She is almost to her 18th Birthday and if she doesn't receive a proposition for a mating, she will be cast out of the cave tunnels where society now lives in. Outside the sun burns the earth at high temperatures that would kill Eden within less than a week. She works in her father's lab, that is overseen and owned by a “Coal” (dark-skinned person) named Ronsom Bramford. The most desired person, who any lucky woman would be happy to marry. Who Eden absolutely despises. Eden's father has been working on an important experiment that only them three know all of its knowledge. Its a way for humans to evolve and survive in the harsh environment without fearing the sun's deadly rays. The experiment takes a turn for the worst, transforming Ronsom into a beast. From there they must flee and together venture out into the world in order to survive.
I really enjoyed this book!! I had to keep reading because everything was moving really quickly and you are thrown into the action from the very beginning. Ronsom is a great character! I love tortured heros, and he is no exception. He is such a mystery throughout the book! You keep wanting to know more about him, but are only giving small bits of information as you read. The only problem I had was that the love connection between Ronsom and Eden wasn't fully explained. I mean one minute she can't stand him and then the next she desires him. She really can't decide what she wants. There were times where she would be in life/death situations and she would be thinking about how sexy the Beastly Ronsom was. Which to me doesn't seem logical. I would be more worried with trying to live. At times I felt she was thinking more for herself and her needs, than trying to make the best out of the situation. There are some steamy scenes so I think this is more of a 16+ YA novel, but I had no problems with them.
I am looking forward to see where the author will take this series. The world she has created is very fascinating and we are left with a major cliffhanger. There were many twists and revelations in this book and I can't wait to read more!!!

**Review copy was given to me by the publisher via NetGalley**

Posted by The ParaNormal Romance Party at 1:00 AM 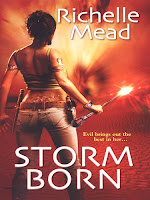 Please note, that the books I review are either given to me by the author's themselves or I personally purchase them!! :D

REVIEW: In the Shadow of the Moonlight: The Awakening 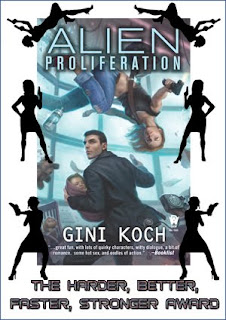